Founded in 2014, Peace of Mind Property Management, LLC focuses on providing efficient customer service that gives property owners peace of mind. Tom White saw an increasing opportunity with new technology to enhance property management by creating systemic, efficient service model with systems such as over night accounting , 24/7 repair maintenance and visual reporting. Peace of Mind Property Management is committed to representing the owner and protecting their investment and liability.

Why Work with Peace Of Mind Property Management 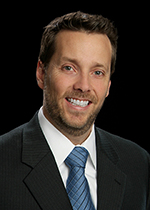 Tom White founded Peace of Mind Property Management in 2014. Tom is responsible for the vision, strategy, and sys-tems of the team. Raised in Midland, Texas, Tom left Texas to study at Colorado School of Mines where he graduated with a degree in Chemical Engineering. Later he received his MBA from the University of Phoenix.

Currently Tom also leads the Tom White Group, which is currently among the top 1% of REALTORS® in sales in San Antonio. From 2012 to 2014, Tom has been a Platinum Top 50 Award Winner, which annually recognizes the top 50 REALTORS® for their outstanding achievements in sales, education, industry participation and civic leadership. In 2013 and 2014, he was also named a Five Star Home Professional in Texas Monthly Magazine for client satisfaction.

Tom also believes in giving back to the community in organizations such as Street2Feet, the Leukemia and Lymphoma Society, and Texas Young Professionals. In his spare time, he enjoys golfing, cycling, running, and traveling. He is bilingual and has a passion for teaching. 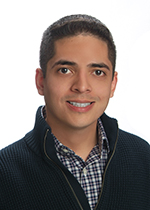 Dylan Elmore is the Business Development Manager at Peace of Mind Property Management and has been with the company since 2017. Dylan works hand-in-hand with military families, investors, and top-producing Realtors in San Antonio to educate and outline a property management strategy that will produce the most desirable outcome for his clients while reducing liability and maximizing their profit. Dylan is a San Antonio native and has a background in corporate marketing. Dylan studied Economics at The University of Texas at San Antonio and has served on the Chairman’s Council with the North San Antonio Chamber of Commerce for over three years. He spends much of his free time engaging with the community through a variety of networking organizations including the Business Professionals of San Antonio. He has been recognized by many organizations for his congeniality, work ethic, and commitment to follow-through. His other hobbies include exercise, trying the newest restaurants in town, and going on the occasional weekend wine tour.

My career in property management began about nine years ago. I worked my way up from a leasing agent to Senior Property Manager with my previous employer. I love spending my off time with my husband and two daughters.